Make a Labyrinth for your garden

Create some intrigue for your garden or allotment by marking out a beautiful labyrinth with stones. Labyrinths are fun for kids and adults alike to explore, and offer a nice visual feature for your garden. 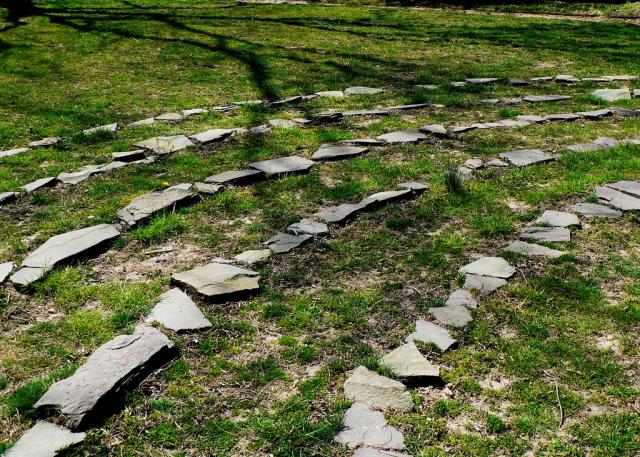 Ideally, you’d make the labyrinth in a patch of short grass, marking it out with submerged, flat stones. But of course if you only have concrete, you can make a less permanent pattern and still have fun with it.

This labyrinth, like the one at the Eden Project, is a seven-circuit labyrinth, in which a single path loops around to make seven paths to the central goal.

How to make a labyrinth

Try drawing this pattern on paper before you actually lay it out on your grass.

Use a long rope, or a garden hose softened in teh sun, to mark out on the grass the pattern where the stones should be placed.

Thankyou to mmahaffie for this lovely photo. 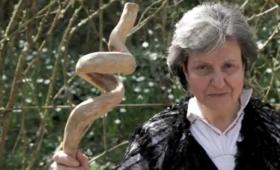 Explore the Labyrinth at the Eden Project.